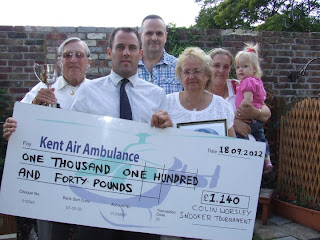 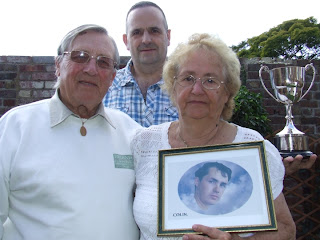 A snooker tournament in memory of a Cheriton man has raised more than £1,000 for Kent, Surrey & Sussex Air Ambulance.

The Worsley Cup was named after Colin Worsley, 35, who died in a road accident at Ringwold in 1996.

Following his death, family and friends held the annual round-robin tournament at the Hilton Snooker Club where Colin was a keen player.

His pairs partner Mark Glover, friend Nigel Franklin and sisters Dawn and Sandra were among the players who took park.

The competition ended when the club closed following the 2007 earthquake.

Last week (August 18th), his parents Maurice and Lena presented the £1,140 proceeds to the Air Ambulance at their home.