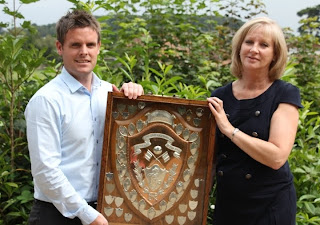 Kent Football Association has once again chosen to support the Kent Air Ambulance for the 2012/2013 season by naming a shield in the charity’s honour.

Kent FA will be holding the competition in the charity’s honour for the second successive season with each club taking part collecting funds from players and supporters.

Chief Executive Paul Dolan said: “Kent Air Ambulance is a fantastic organisation that helps save so many lives and we are delighted to support it through the Kent Intermediate Challenge Shield this season.

“We will be clearly demonstrating our corporate social responsibility as the custodians of football in Kent by using the prestige of one of our largest County Cups to highlight the outstanding work carried out by the Air Ambulance.

Kent Air Ambulance has been called to a spate of football-related incidents in the last year.

In December, the doctor and critical care paramedic were called to a 15-year-old boy who broke his arm in Gravesend.

Last September, they were called to a 46-year-old male who suffered a cut to his head while playing football at home in Gillingham.

And in August, 2012, a male in his 20s suffered a leg injury in Sittingbourne and was taken to Medway Maritime Hospital.