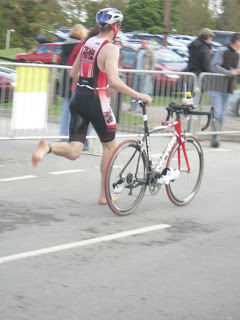 Competitors can choose a sprint distance consisting of a 400-metre swim, 25km ride and 5km run or the standard route which is double the distance.

The event is to be held on May 6th at ’s sports complex which was used by the Australian Olympic team as a training base for the London 2012 games.

Triathlon chairman Bob Bartlett said: “The swim takes place in the Olympic-size pool and the run takes place around the school sports fields.

“The cycle is undertaken on open roads and the route takes in two long energy-sapping climbs and a technically difficult descent.

“It is viewed as a challenging route by those taking part, particularly by the standard route competitors who have to do it twice.”

Tonbridge Lions Triathlon started more than 25 years ago and annually raises more than £10,000 for charity.

There are only 500 places available for the triathlon with an entry fee of £46 for the standard distance and £39 for the sprint. To book a place go to http://www.tonbridgelions.co.uk/triathlon_2009.html