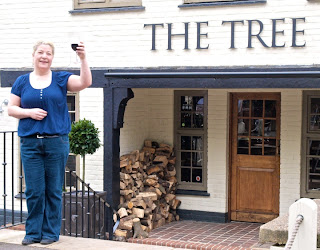 The Tree has chosen the life-saving Helicopter Emergency Medical Service (HEMS) as its 2013 Charity of the Year.

Staff and customers raised £3,761 from a golf day and auction last month and have so far raised £5,243 in just half a year.

Manager Keiron Cutler said: “I haven’t set a firm target for the year but we have a few more ideas in mind and with the generous help of patrons and sponsors we expect to be flying high.”

Kent, Surrey & Sussex Air Ambulance currently flies during daylight hours only but the charity plans to a launch a 24-hour service from its base at Redhill Aerodrome this summer.

This will allow the doctor and paramedic to take to the scene the type of skills and expertise normally found only in a hospital’s A&E department, after dark.

Each helicopter call-out costs about £2,500 so the sum raised by The Tree so far would fund two potentially life-saving missions.