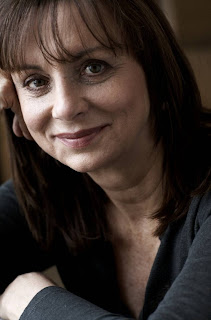 Celebrated novelist and acclaimed author Elizabeth Buchan is to give a talk at a special Literary Evening organised by award-winning agency Haslemere Travel, to raise funds for Surrey Air Ambulance.

As part of the 2013 Haslemere Festival, Elizabeth Buchan will talk about the influences on her writing and her themes as well as giving guests a preview of her forthcoming book.

Born in Guildford, spent much of her childhood in and is a patron of the Guildford Book Festival and The National Academy of Writing.

She began her career as a blurb writer at Penguin Books after graduating from the with a double degree in English and History. She moved on to become a fiction editor at publishers Random House before leaving to write full time.

Her novels include the prize-winning Light of the Moon and Consider the Lily, described by The Independent as “a gorgeously well-written tale: funny, sad and sophisticated”.

A subsequent novel, Revenge of the Middle-Aged Woman, became an international bestseller and was made into a CBS TV prime-time drama. This was followed by several other novels including The Second Wife, Separate Beds and most recently Daughters.

has just finished A Thousand Little Lies, a novel about the Special Operations Executive (SOE) operating in during the Second World War, and her short stories are broadcast on BBC Radio 4 and published in magazines.

She also reviews for the Sunday Times and has chaired the Betty Trask and Desmond Elliot literary prizes, and also been a judge for the Whitbread (now Costa) awards.

’s talk at on Monday, May 20th, at 6.30pm, promises to be a very entertaining and illuminating evening and organisers are urging readers to book early.

Tickets cost £10 each including wine and canapes and can be bought in advance from Haslemere Travel at 2 Petworth Road or by calling 01428 658777.

All proceeds will be donated to Haslemere Travel's chosen charity, Surrey Air Ambulance, and the Haslemere Festival fund.