Join Geoff Rambler for a trip down memory lane 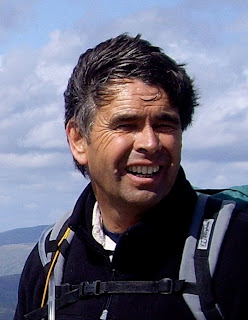 Walkers are being urged to join the third in a series of historic hikes around the Kent countryside next weekend (April 27th), followed by collection in aid of the county’s Air Ambulance.

At 10 am, the party will set off from the Fenn Bell pub which is believed to take its name from the fact that bells would be rung to help travelers and shepherds find their way off the marshes in bad weather.

Geoff said: “The real joy of this walk is the remoteness of the marshes and real silence which makes it so easy to hear bird song. I often do this walk and don’t meet a soul.”

Points of interest along the three-hour walk include Egypt Bay where Charles Dickens probably envisaged the prison hulk from which Magwitch escaped in Great Expectations.

Geoff will also pass a redundant church whose vicar officiated at the illegal and scandalous marriage of one of a monarch but walkers will have to join the walk to find out more.

He added: “We return along a path referred to locally as Bessie’s Lane. The story is that Elizabeth I would anchor and make her way along this route to oversee the building of Upnor Castle.”

Anyone interested in joining the walk is advised to bring a waterproof coat and hat if rain is forecast as there is little shelter on the marshes. The postcode for the Fenn Bell pub is ME3 8RF.

Geoff has led walks for the Medway branch of the Ramblers’ Association and the Kent Messenger since retiring as a local government officer and has raised more than £5,000 for charity through his walking.

The Kent Messenger Walks are free but a collection will be held at the end of each walk for the Air Ambulance. For more information go to www.geofframbler.co.uk