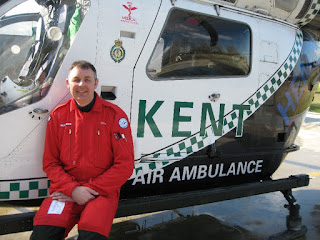 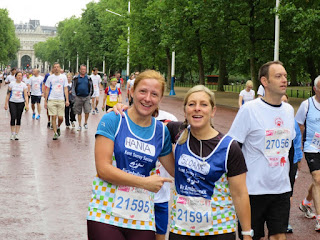 A long-serving Kent, Surrey & Sussex Air Ambulance paramedic is appealing for runners to join him in the London 10k next month.

Operational Support Manager Gary Wareham, from Chatham, will be swapping his stethoscope for a pair of running shoes as he takes on the challenge for the second time.

The air ambulance still has places available for the London 10k on July 12th when Gary’s colleague Dr Hania Glinska will also be among the runners.

Both will be supporting the charity which relies almost entirely on public donations and this year celebrates its 25th anniversary.

Gary, 55, said: “I ran the London 10k last year for the first time and really enjoyed the whole spectacle and atmosphere.

“I wanted to support the air ambulance again this year, especially as we are celebrating our Silver Jubilee and it would be great to have more runners flying the flag for the charity.”

Gary joined the air ambulance in 1996 when the helicopter was based at Rochester Airport and was instrumental in the launch of the charity’s blood transfusion service two years ago.

In 2010, he trekked to Everest Base Camp and three years ago he scaled Mount Snowdon and helped to raise £13,500 for the air ambulance.

To enter the London 10k call Community Fundraising Officer Michelle Woodland on 01622 833823 or email michellew@kssairambulance.org.uk before the July 3rd deadline.