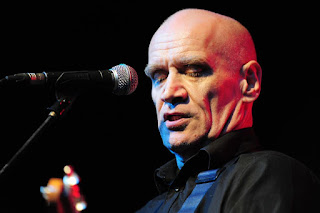 Some of the greatest names from the world of blues, jazz, soul and world music will be appearing at Rye International Jazz and Blues Festival next week.

Wilko Johnson, the former guitarist with Dr Feelgood and The Blockheads who recently won a long battle with cancer, will be among the line-up.

The Blues Band which includes former Manfred Man frontman Paul Jones will also be performing at the Milligan Theatre.

On Saturday, (August 29th), BBC Radio 2 presenter and 2005 and 2007 British Jazz Singer of the Year Clare Teal will be hosting an evening of world classic Alfreco jazz at the Lamb House.

Festival Director Ian Bowden said: “We are extremely proud to be working with the Kent, Surrey & Sussex Air Ambulance as our official charity partners this year and we hugely respect the lifesaving service that it provides across the South East.

“Through our partnership, we want people at the festival to gain a greater understanding of the incredible service that the Trust provides.”

On Sunday (August 30th) and Monday (August 31st) there will be a bucket collection in aid of the air ambulance which relies almost entirely on donations and this year celebrates its 25th anniversary.

Tickets for the shows cost from £8 to £35 and can be booked online at www.ryejazz.com